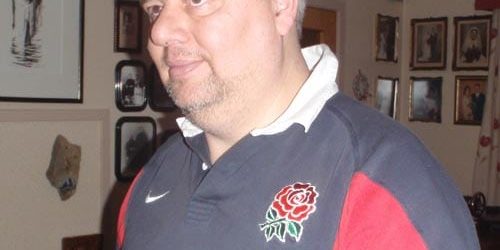 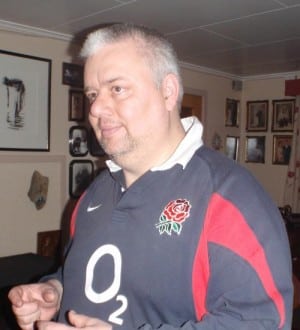 huglo.no talks with Kevin Casey
Kevin is the last arrived inhabitant at Huglo. His wife, Marion, arrived last autumn, and has been a member of the morning group at the ferry ever since, very faithfully attending her Norwegian classes.

Kevin claims that he and Marion fell in love with Huglo during their first visit to the island, the summer 6 1/2 years ago. They came back for Christmas the same year and felt it was like coming home. From their first visit, they have felt like a part of the community, so they wantetd to drop anchor and stay. And now that is what they have done.
Kevin has lived several places in the UK, but never felt that the place was “right” before he landed on Huglo. Here, he says, I can have an outdoor life, he likes the slow pace of life here (in contrast to London), the feeling of everybody looking after everybody – it feels safe. “I do not even have to fish. Here it’s just nice to be.” He loves to sit in the boat and to have nowhere to go and all day to get there.
But: Kevin plans to learn Norwegian and hopes to get a job, even if he works to live, not lives to work he says. He claims that English people are so shy, they hate to make mistakes, that is why they are reluctant to practice other languages than their own. “The typical English stiff upper lip”, he explains. Bur he realizes that to be a full member of the Huglo society, he must swallow his pride. And he is among friends, of that he can be sure!
His priorities are, in consecutive order :
1. A house to live in
2. A car
3. A small boat
4. An outdoor hobby railway built in the front garden
He expects the railway to be a tourist attraction which will contribute to more people visiting Huglo. In 4-5 years time.
Anyway: Marion and Kevin are here to stay and they want to contribute to everyday life at Huglo. WELCOME as huglarar, both of you!!

You can find out more about which cookies we are using or switch them off in settings.

This website uses cookies so that we can provide you with the best user experience possible. Cookie information is stored in your browser and performs functions such as recognising you when you return to our website and helping our team to understand which sections of the website you find most interesting and useful.

Strictly Necessary Cookie should be enabled at all times so that we can save your preferences for cookie settings.

If you disable this cookie, we will not be able to save your preferences. This means that every time you visit this website you will need to enable or disable cookies again.